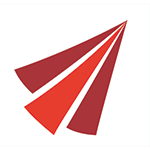 On July 20, 2017, Governor Cooper signed into law House Bill 26. The Bill, which passed unanimously in the State Legislature, addressed and reversed portions of the recent Supreme Court decision, Wilkes v. City of Greenville. The Bill was in response to the Court’s determination that the workers’ compensation Parsons presumption applies to any injury […]